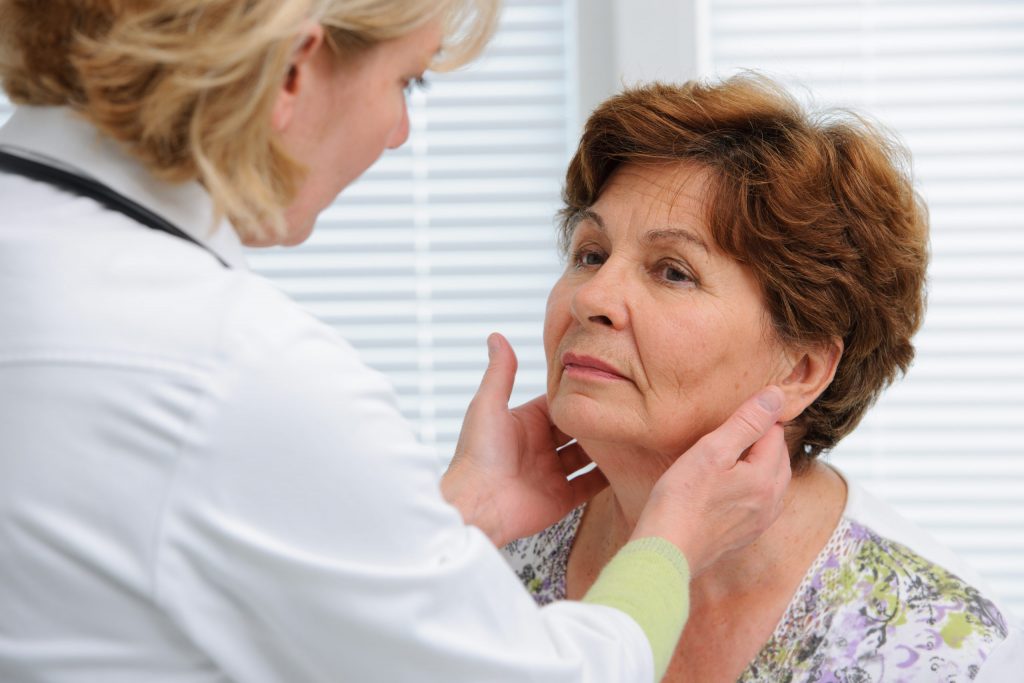 Did you know that January is Thyroid Awareness Month? You might be shaking your head and truly wondering “of all things, why thyroid awareness?”  It’s a good question.

The butterfly-shaped thyroid gland is just in front of your larynx (“voicebox”).   It produces hormones to regulate metabolism, heart rate and core body temperature.  According to local endocrinologist Dr. Jan Hoffman, who specializes in treatment of the thyroid and other endocrine disorders, “The thyroid gland plays a huge role in our body, influencing the function of many of the body’s most important organs, including the heart, brain, intestines, bones and skin. This can lead to many symptoms that are quite common in a variety of conditions, not just specific to the thyroid.” He recommends having your physician obtain a TSH (thyroid-stimulating hormone) test to know whether your symptoms are due to a thyroid abnormality or not.

When the thyroid overproduces hormones, hyperthyroidism is the results. It is associated with anxiousness, irritability, jittery hands and even unexplained weight loss.  Although uncommon, hyperthyroidism occurs more often in women than men.  It can happen after the birth of a baby.  It can also be caused by an autoimmune condition known as Grave’s Disease.  The late George H.W. Bush, his wife Barbara, and Olympic gold medalist Gail Devers were all diagnosed with Grave’s Disease in highly publicized cases.

Hypothyroidism, the underproduction of thyroid hormones, is much more common.  It can be caused by autoimmune disease, surgical removal of the thyroid gland, and radiation.  Symptoms include dry skin, forgetfulness or depression, and constipation.  Hypothyroidism often requires lifetime treatment.  I’ve had hypothyroidism since age 26 following the birth of my youngest child and must take thyroid replacement daily.

Goiters occur when the thyroid tissue enlarges.  In the U.S., goiters most often occur from the autoimmune condition Hashimoto’s thyroiditis.  Iodine deficiency is the main cause of goiters.  The Underground Salt Museum in Hutchinson has a fantastic health exhibit detailing the Kiwanis International and UNICEF partnership to eradicate iodine deficiency disorder (IDD) globally. Thanks to their efforts, they estimate 80 million children in developing countries will be born free of IDD this year.

Thyroid nodules are also common.  Half of people age 60 or older have a nodule and 90% of the time, they are totally benign (harmless).  Some nodules are indicative of thyroid cancer, so make sure to have all nodules promptly investigated.  Dr. Hoffman stated, “To help early detection of thyroid problems stand in front of a mirror, take a sip of water, tilt your head back slightly and focus on the lower front area of your neck, above the collarbones. If you see a lump appear during swallowing, you may have a thyroid nodule which should be checked by a physician.”

One of my daughters had an enlargement in her lower neck when she was in her early 30s.  I thought it was a simple goiter, but it turned out to be cancer.  She had her thyroid removed followed by a radioactive swallow to destroy any remaining tissue.  She takes thyroid replacement daily, follows up with her endocrinologist, and remains cancer free. Hallelujah!

If you’d like to be more thyroid aware, you can obtain additional information from your doctor, your friendly neighborhood hospital, or this site:  www.thyroid.org.