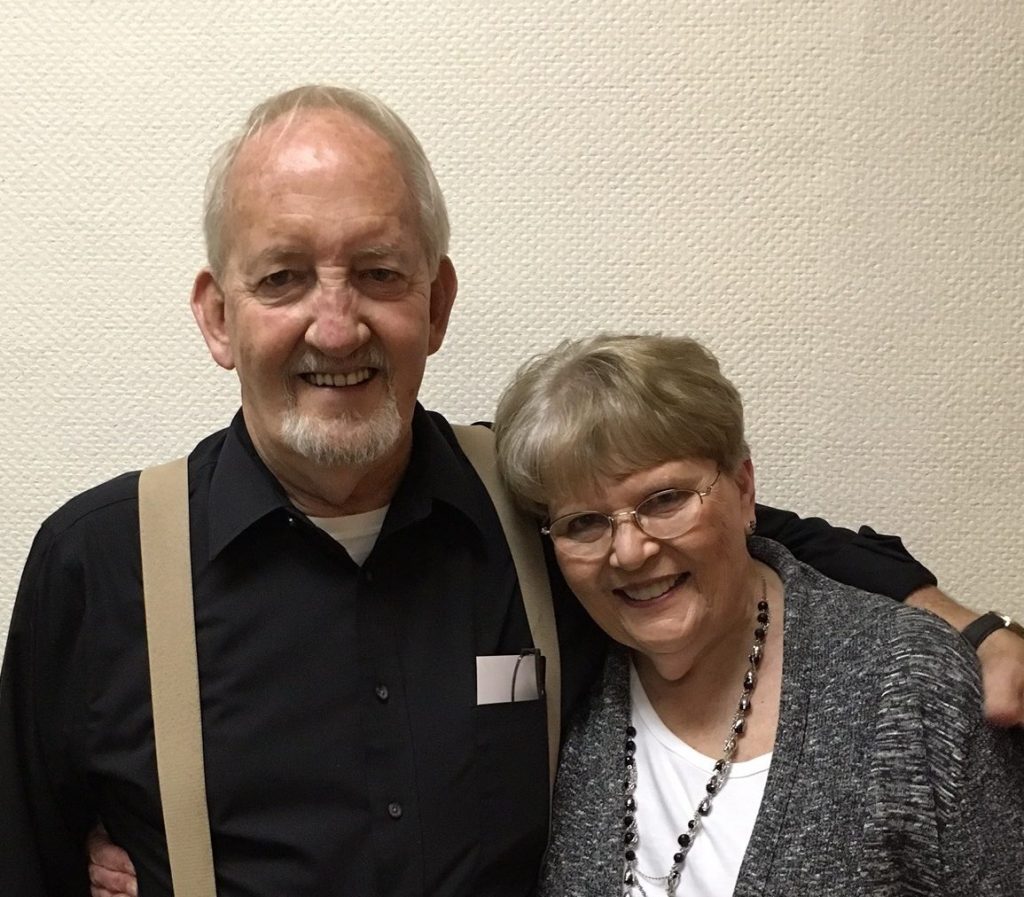 Every patient deserves to have a voice and to be treated with dignity and respect. That’s what Marge Roberson believes, and advocates for, in her role on Newton Medical Center’s (NMC) Patient and Family Advisory Council.

But it wasn’t until Roberson experienced this firsthand that her role in the Council came full-circle.

In December 2016, what started out as a small cold quickly settled in Roberson’s lungs and, within just a few days, sent her to the NMC emergency department (ED) with extreme shortness of breath. Emergency physician Dr. Caleb May ordered chest X-rays and blood work, then prescribed antibiotics and breathing treatments.

But his treatment went far beyond the physical.

“I was very impressed with how thorough he was and how he responded to me as a person,” she says. “When you’re short of breath, that raises your anxiety and he could see that and treated me in a way that helped.”

The next morning, Roberson received a call from the ED with news that her blood work had shown Methicillin-resistant Staphylococcus aureus (MRSA), a condition resistant to most antibiotics. By the time she saw her primary care provider’s physician assistant later that day, the doctor’s office had been in contact with the ED and learned Roberson also had pneumonia and needed to be admitted to the hospital. Fortunately, the trip from the doctor’s office to the hospital was a short walk down a hallway for Roberson who was feeling more and more ill.

“The admissions person could see that and went through everything as quickly as possible,” Roberson says. “Then, even though it wasn’t her job, she took it upon herself to put me in a wheelchair and get me admitted. That was above and beyond.

“You see so many people during that process, it can be overwhelming. But I was impressed with everyone. They knew I was too sick to really be tracking and they just took care of me.”

The next morning, Roberson faced more bad news as the blood work showed she had rhinovirus pneumonia and she was put under the care of an infectious disease specialist. Then on her third morning in the hospital, Roberson was told she had Clostridium difficile (C. diff), an extremely contagious intestinal infection.

“That really ratcheted up the infection prevention steps, with everyone wearing the booties, gloves, masks, everything,” Roberson recalls. “Anyone who came into my room had to be gloved and masked.”

Ironically, as part of her role on the Council, Roberson had been working on infection control protocols with the staff, reinforcing the importance of precautions like handwashing and fall prevention. As part of these initiatives, patients at NMC are encouraged to take an active role in their own care by asking healthcare workers and visitors if they have washed their hands and ensuring protocols are followed.

The nurses told me I had the power to tell people they couldn’t come in without putting on all the gear,” she says. “That made me feel good, to be part of the getting well. And as sick as I was, I felt the entire staff was doing everything it could to get me well. “

By the time Roberson was on the mend and headed home, she had experienced nearly every department of the hospital. Even after discharge, she continued antibiotic therapy in the hospital’s infusion center for a month. Her overall experience — in and out of the hospital — made her proud of her role on the Council.

“No matter what area, everyone treated me with respect and dignity. That’s hard to come by when you’re in a hospital gown and you’re out of your element. It meant a lot that the staff took the time to understand how I felt outside of my illness.” she says. “I can’t say enough about how proud of and impressed I am with the whole staff.

“To sum up my care, I would just say anyone can be confident that NMC cares about you not only as a patient, but as a person.”