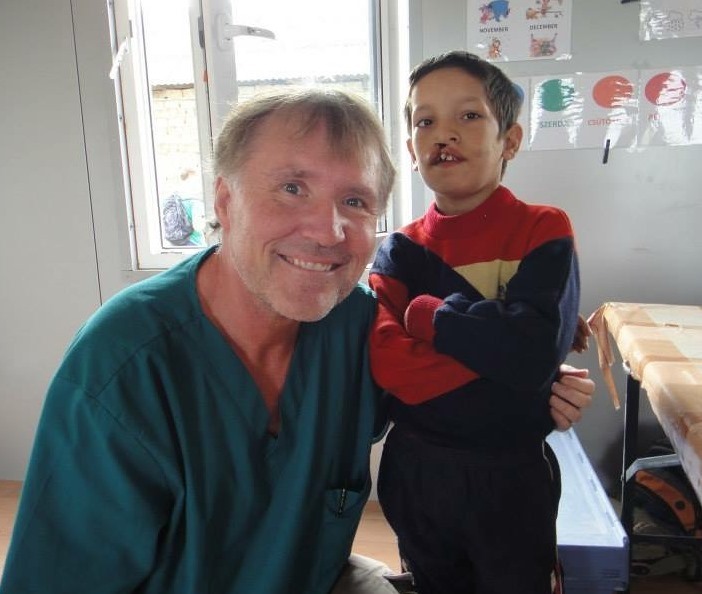 It all started with a phone call. One day in 2012, Harry, a pharmacist at NMC, had a friend from church call him and ask for help. A group of volunteers from the organization Love Help Teach – Medical were planning a visit to Ukraine to provide medical care to individuals in need. But they were lacking a pharmacist and couldn’t go without one. This is where Harry came in.

Harry had seen photos of the poverty that the Roma people were living in and how the need was there. “I decided to go and man, I’m so glad I did,” he said. “It was, and still is, the most rewarding thing I have ever done.”

Starting out, Harry didn’t know anyone he was serving with, and he admits that it was a little scary. But he loves the people he has met — fellow volunteers and the people they served.

“My favorite single experience was when we had the clinic in an old KGB (former Soviet Union security agency) building, which had been turned into a church. It had very few windows and the power went out, which made it really dark and cold,” said Harry.

“There were over 50 people waiting to be seen. So, instead of stopping, we got camping lights out and kept seeing people while the power was out. It was awesome!”

Following that first year, Harry continued to serve on medical mission trips. In 2013, he traveled to Mexico, and then to southeastern Ukraine in 2015 and again just last year. Each trip consisted of 10 days of traveling to small villages throughout the region and treating a variety of injuries and illnesses.

When telling his story, Harry wanted to thank NMC for being so great in allowing him long stretches of time off so that he could serve on these trips.

“These mobile medical mission trips changed me a lot in terms of trusting God and serving those who need God’s love,” he reflected.

Harry is already planning a trip to Ukraine in 2019.